Kiewit’s ground improvement methods comprise five main areas: aggregate piers, vibro compaction, cutoff walls, grouting and soil mixing. All five of these sections are outlined below along with links to some of our work. 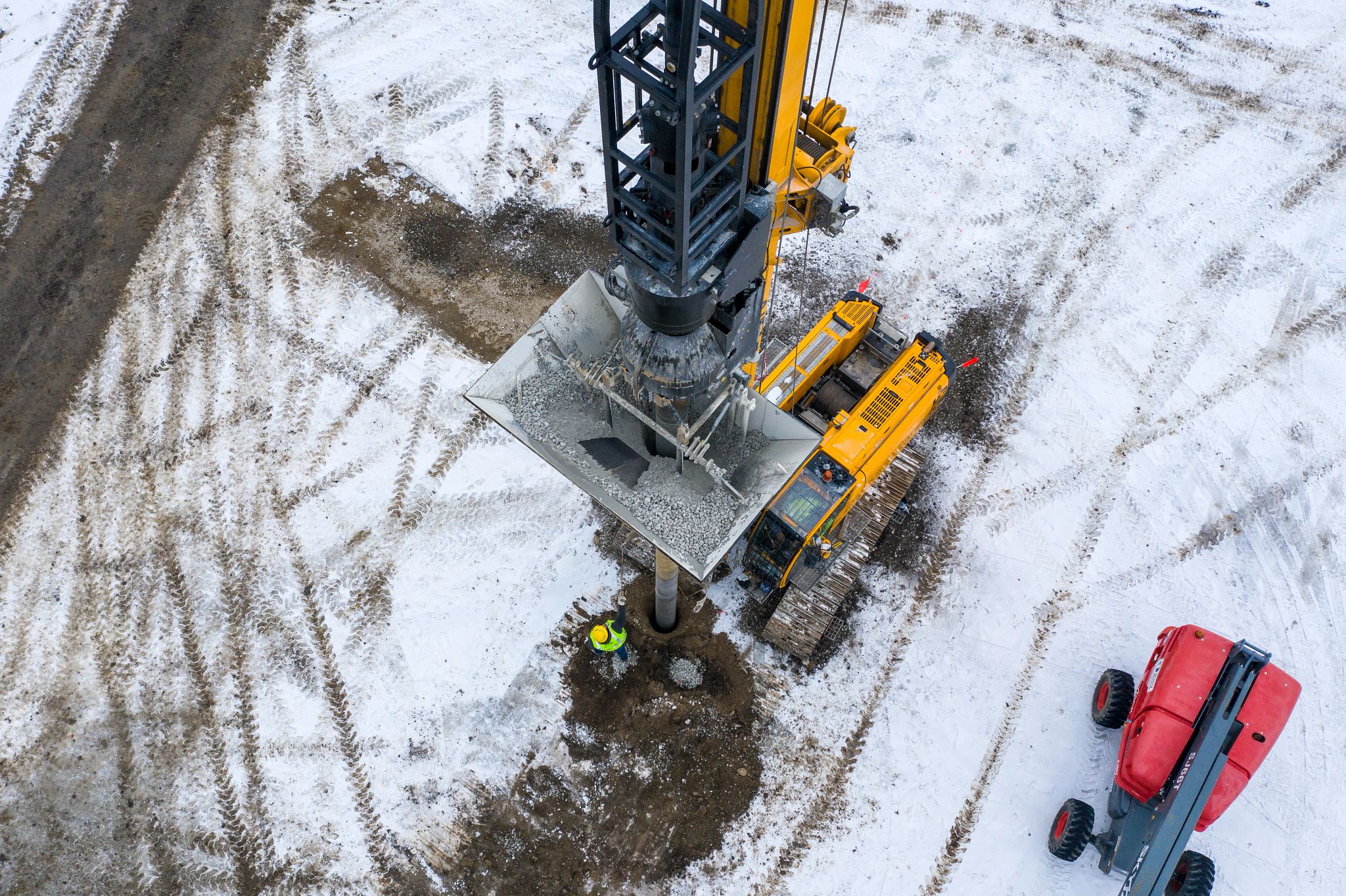 A slurry trench cutoff wall is a technique used to restrict horizontal movements of liquids. Construction involves digging the wall under a bentonite or polymer slurry with a long stick excavator or clamshell and replacing the removed material with a low permeability material. The low permeability material is often a mix of cement, bentonite, and soil. This technique is used to control groundwater seepage into an excavated area for temporary or permanent applications. The technique is also used frequently to prevent seepage in dams. There are many types of grouts and grouting techniques used for a variety of applications. We have experience in chemical, permeation, pressure, and curtain grouting. Please contact us to discuss what options work best with your project’s needs. Soil Mixing (also called mass stabilization) is a technology to stabilize and strengthen soils at shallow to moderate depths using a binder material. Mass mixing methods can be used to treat soft clays, peats, sludges, and dredged material. Typical uses for this technique include roadway and railway embankment, and support of structures.